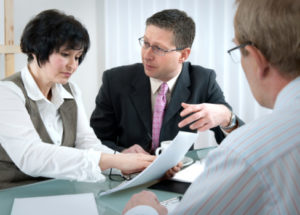 As lawmakers consider whether to extend the waiting period for divorce in North Carolina, one of its neighboring states is looking to shorten it.

The South Carolina House of Representatives is weighing the idea of changing the state’s current law requiring couples to wait one year before getting a divorce. Under the new proposal, spouses would only need to wait 150 days before making the split official.

Supporters of the bill said that in uncontested divorce cases, people should be able to finalize quickly and get on with their lives. Critics believe it would create a revolving door of marriages and divorces in the state and that quick divorces would undermine family values.

The bill was debated in committee last week, but no vote has been made yet. Passage of the bill would require a constitutional change in South Carolina, which would require a two-thirds approval in the House and Senate and support from voters.

In the past several months, legislators throughout the country have been trying to pass laws that would lengthen the waiting time for divorces in their states. Several of those bills have been defeated. But in South Carolina – a state that formerly required couples to wait three years before divorcing – the likelihood of shortening that waiting period is unlikely, according to the Charleston Post & Courier.

To learn how North Carolina divorce laws work, you need to contact a family law firm with experience. Contact the Raleigh and Cary attorneys at Charles Ullman & Associates today by calling 877-589-6885 or by completing our online form.