Supreme Court Decision Will Not Affect Couples in North Carolina 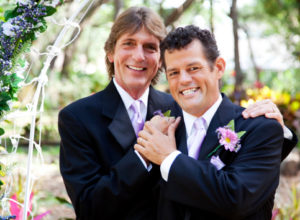 The U.S. Supreme Court struck down the Defense of Marriage Act, but its effects won’t be felt immediately in North Carolina.

The law, also referred to as DOMA, denied federal health, tax and pension benefits to married same-sex couples in states that allow gay marriage. The high court ruled that DOMA is unconstitutional and that all people who are legally married deserve equal rights under the law.

Gay rights activists hailed the Supreme Court decision as a victory, but the decision won’t have an impact on North Carolina’s laws banning same-sex marriage. Last year, voters in North Carolina approved Amendment One, which made the only recognized union in North Carolina as one between a man and a woman. See Article XIV, Sec.6, of the N.C. Constitution for the full text of the amendment.

State groups representing both sides of the gay marriage debate issued statements about the Supreme Court decision. The Raleigh office of Charles R. Ullman & Associates reviews the statements below, but in no way should it be construed that either opinion is representative of the family law firm or its attorneys.

“This is an enormous victory and a joyous day for loving, married couples and their families – and for equal justice under the law,” said Stuart Campbell, executive director of Equality NC. “Today, the Supreme Court affirmed that all loving and committed couples who marry deserve equal legal respect and treatment.”

For thousands of married lesbian and gay couples, the ruling means that they can better protect one another and their children because they will finally be included in the federal safety net of rights and benefits afforded married couples. Same-sex couples who are married and living in one of the 12 states recognizing same-sex marriages, or the District of Columbia, will now be eligible for the federal protections and responsibilities afforded all other married couples.

For those legally married same-sex couples who have moved to or now live in North Carolina which doesn’t sanction same-sex marriage, legal experts believe access to those federal marital protections may still be in question.

“For most of the federal benefits that people think about when they talk about marriage, the government will only recognize a marriage if it is legal in the state where the couple lives,” said UNC Law Professor Holning Lau in his recent article, “Same Sex Marriage and States Like Mine.”

Tami Fitzgerald, Executive Director of the N.C. Values Coalition, which supports the state’s ban on gay marriage, criticized the Supreme Court decision, but said the ruling still recognizes the right of states to determine marriage policy.

“The Supreme Court did not declare a universal right to same-sex marriage, and it did not strike down Prop 8—California’s marriage amendment,” Fitzgerald said.  “We are thankful that North Carolina’s marriage amendment is not immediately impacted by the ruling. Citizens in the 50 states are still free to debate, discuss, and defend marriage.

It’s fair to say that same sex marriage continues to bring forth strong opinions on all sides and that the law is still evolving on the issue.