Skip Navigation
Home Blog A Late Midlife Divorce—What Are the Effects on Retirement?

How to Retire After a Late-Midlife Divorce 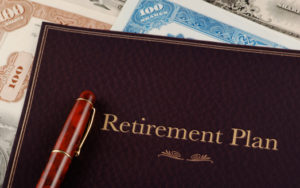 There has been much attention during the past year about the rise in gray divorces – those splits that occur among couples in their 50s or older. The spike in midlife divorce rates also has sparked concerns among separating couples about retirement. Will they have to delay retirement once the marriage is over? Do they have enough saved to retire comfortably on their own? These are very legitimate questions.

A recent article in Forbes suggests that men and women have somewhat different questions about how their divorce will impact their retirement. Men tend to worry about whether they will have to wait a few years before retiring in order to pay alimony as part of the divorce settlement.

Women, on the other hand, may be limited by the fact that they, on average, earn less money than men. In North Carolina, the average full-time female worker is paid just 77 percent of what the average male makes each year, according to recent labor statistics.

But there are key mistakes that couples make during the divorce that can wreak havoc on their retirement savings, according to Forbes. They include:

If you’ve got questions about retirement or other aspects of asset division during a divorce, the experienced attorneys at the Raleigh law firm Charles R. Ullman & Associates can help. Just call 888-975-0461 today or use our online form to schedule a consultation in our Raleigh or Cary offices.