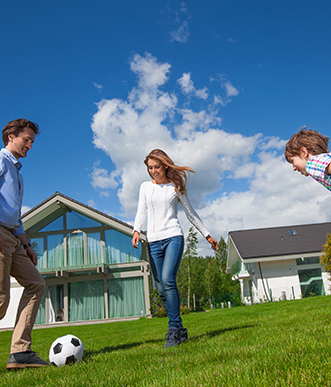 A Raleigh child custody attorney at Charles R. Ullman & Associates understands that determining custody of your children is one of the most emotionally charged parts of a divorce. Both parents will want as much time as possible with their children. They also will want to have a say in important decisions that affect their child’s life. Finding a solution that meets the needs of all parties involved can be a challenge. But it’s a challenge that can be met.

Call us today or use our online contact form to schedule a consultation at our office in the historic Wyatt House in downtown Raleigh. We serve clients throughout Wake County.

What is child custody in North Carolina?

Child custody is the set of rights and duties that parents share regarding their children’s general welfare, education, religion and medical care. Physical custody involves living with the child. Legal custody is the power to make decisions about the child’s life.

If the parents agree to a child custody arrangement out of court, the arrangement is reduced to a parenting agreement or consent order that must later be approved by a court. This agreement must be thorough and contain clearly defined provisions. If child custody in NC is contested, a court will make the determination based on what promotes “the best interests and welfare of the child.” In Wake County, judges with special training in family law handle child custody matters.

When negotiating a parenting agreement, the key is to craft an arrangement that is practical. It should allow both parents to maintain a meaningful and consistent relationship with their child. It can’t be generic. It has to address a family’s unique existing and future needs. Although the agreement can be as general or specific as the parties wish, a more specific agreement can reduce the risk of disputes down the road. These agreements often are reached with the assistance of a neutral figure in a process that is called mediation.

The Raleigh child custody attorneys of Charles R. Ullman & Associates have extensive experience in working out satisfactory parenting agreements. We will make sure that the child custody arrangement in your case promotes your child’s best interests and protects your rights and goals as a parent. We will work aggressively to deliver the results you seek.

How we can help contesting a child custody case

If you cannot reach a private parenting agreement with your former spouse, our Wake County child custody lawyers can represent you in a contested child custody case in a courtroom. We can also assist you if a custody evaluation has been ordered.

We can help you to demonstrate to a judge that you will protect and promote the best interest of the child. We have experience gathering and presenting evidence that directly addresses the factors that a court will analyze to determine the child’s custody.

North Carolina family law does not give preference to one gender over the other in child custody decisions, and unwed fathers may be eligible for visitation rights.

We can assist with a child custody modification 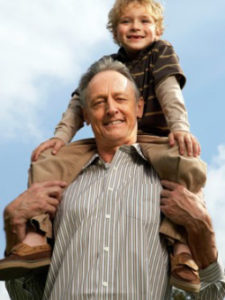 If you reached a parenting agreement with the child’s other parent outside of court, then the sole matter in a child custody modification will be to determine what arrangement will serve the best interests of the child. If the child’s custody resulted from a court order, then you will need to show “changed circumstances” that have adversely affected the child. If a child is in danger of being harmed, we can help you obtain an emergency custody order.

We can review your situation and determine how to best meet your child custody objectives.

Courts in North Carolina award child custody to the person who is most fit to care for and protect the best interests of the children. While some people falsely believe that a child’s mother will be awarded custody automatically, North Carolina does not presume a mother or father will be a more suitable parent.

Child custody may be agreed upon by the parents involved. Such agreements may be formalized in separation or parenting agreements that are not filed with the court, or in consent orders that are filed with the court. When custody is in dispute, mediation or arbitration may be utilized before a case goes to court, and mediation is required before a court will schedule a trial.

A child custody case will usually begin with one parent filing a complaint with the court. Child custody decisions are never permanent, as they are always subject to possible modification because of substantial changes in circumstances.

The parent who is awarded child custody often has the right to make significant life decisions for the child. Visitation is also considered a form of child custody. But visitations may have restrictions placed by the court that limit the situations and time that the parent has with the child.

Legal custody gives you the right to make major decisions regarding education, medical care, and religious teaching for the child. Physical custody is the right to have a child in your physical care.

Sole custody will mean that one parent can make decisions about the care of the child and others, possibly without consulting the other parent.

Joint custody requires parents to consult one another before any major decisions about the child. If there is a disagreement between the parents, the court may be required to make a decision.

Sole custody often means that the other parent will have visitation rights. In a joint custody situation, one parent could be the primary custodian and the other could be secondary, or there could be an entirely equal split in parenting time.

How custody is determined in North Carolina

Parents are free to determine the terms their own child custody agreement and then file it with the court. When they cannot agree, then mediation will be mandatory before a trial can be scheduled.

Mediation involves both parents attempting to work with a neutral third party (known as a mediator) to reach a compromise on child custody issues. Some parents may attempt arbitration, which is sort of a trial without a jury. A neutral third party called an arbitrator will decide on contested issues.

In both arbitration and court trials, evidence can be presented by both parents to demonstrate their case. Ultimately the biggest consideration in this process is the best interest of the child.

How to get a child back from a non-custodial parent

If a non-custodial parent refuses to return the child, it is important to keep communications open and encourage the individual to return the child without further delay. Refusal to comply with a court order could have severe consequences.

If the non-custodial parent will not return the child at your request, you may have to file a civil order with the court that authorizes the involvement of law enforcement. A court order could then allow police to take custody of the child and return the child to you.

There are situations in which some parents may attempt to physically take custody of a child themselves, but be cautious about possible risks to this approach. You do not want to expose the child to any possibly violent altercations.

How is visitation decided?

There are no general rules relating to how much visitation time a parent without primary custody should have or when visitation should occur. These cases will depend on numerous factors, such as:

While the parents will usually be allowed to establish visitation schedules, mediation and arbitration can be used to resolve disputes. If the couple cannot agree on a mutually acceptable schedule, the court may make a decision for them.

If I have custody of my children, can I move out of state with them?

There are frequently travel restrictions placed on the divorced parents with legal custody of children. You could be forbidden from moving outside of a certain geographic area, so you could also be prohibited from certain in-state moves.

You could still seek court approval for such a move if you are able to demonstrate that the move will be in the child’s best interests.

Criminal convictions could become relevant to certain child custody decisions because all decisions courts make are intended to serve the best interests of the child. Certain kinds of convictions carry greater weight than others depending on:

A domestic violence conviction, in particular, could weigh heavily against a parent in a custody dispute.

Other crimes such as illegal drug offenses or drunk driving convictions could also be used against them.

A criminal conviction is not necessarily disqualifying for custody, but it will often be a factor in custody cases.

How is child support calculated?

Child support is based upon the North Carolina Child Support Guidelines when parents have a combined gross income of $300,000 or less per year.

Child support calculations will be based on each parent’s gross monthly income, the child’s portion of the monthly health insurance premium, work-related childcare costs, and any extraordinary expenses for children.

How do I request a modification to child support?

How much does a lawyer cost for child custody?

When you hire an attorney, the lawyer’s fees are going to vary depending on numerous factors. An attorney’s own experience often dictates their rates, but fees can also be determined by the amount of time the lawyer will have to dedicate to your case to achieve a positive outcome.

It is important to keep in mind that there could be other legal fees that you may be facing, including possible costs of hiring mediators or arbitrators as well as specialists or expert witnesses. There can also be other miscellaneous fees, such as the cost of having the sheriff or a third party serve the other parent.

Your attorney will help you understand the process and the costs involved during your first consultation.

Experience matters. Learn how to choose your attorney well based on their experience and qualifications. The Raleigh child custody lawyers of Charles R. Ullman & Associates know the rights and protections that are built into our state’s child custody laws.

We are compassionate attorneys who are dedicated to securing child custody arrangements that meet the needs of parents and their children. Call us today or use our online contact form. We can provide you with a confidential consultation. 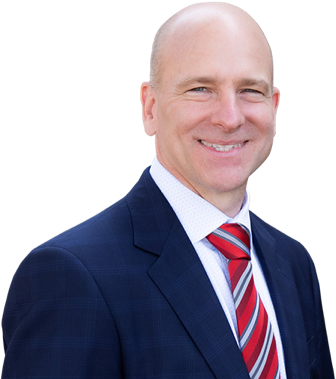 Experience matters. Learn how to choose your attorney well based on their experience and qualifications. The Raleigh child custody lawyers of Charles R. Ullman & Associates know the rights and protections that are built into our state’s child custody laws.

We are compassionate attorneys who are dedicated to securing child custody arrangements that best meet the needs of parents and their children. Call us today or use our online contact form. We can provide you with a confidential consultation.