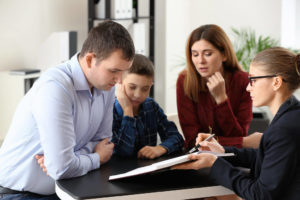 A divorced parent with child custody in North Carolina who is considering a relocation must consider whether the move will cause a violation of child visitation orders. Any changes to custody arrangements that are part of a settled divorce decree must be approved by the divorce court, and they are not always a sure thing in North Carolina. Disputes over one parent’s decision to relocate can be contentious.

To meet the standard for modification of a North Carolina divorce order, the judge must be convinced that the proposed change is significant and will affect the welfare of the child. But not all changes in a parent’s life, even geographic moves, rise to that level. Under North Carolina case law, the need for stability in child custody arrangements requires that minor changes to custody orders be disallowed.

In the end, the court will base its decisions on what is in the best interest of the child, which could be no disruption to the existing custody arrangement. Finding a solution that meets the needs of all parties involved may be a challenge. But it’s a challenge that our knowledgeable family law attorneys have successfully confronted many times.

Attorney Charles R. Ullman & Associates has helped parents throughout Wake County resolve child custody issues, including relocation issues. As an attorney, Charles Ullman focuses exclusively on family law matters and is recognized by the North Carolina State Bar as a Board-certified specialist in Family Law. The attorneys at Charles R. Ullman & Associates have the skill, experience, and compassion to help you resolve contentious issues involving child custody and relocation.

Call us today at (919) 829-1006 or use our online contact form to schedule a consultation at our office in the historic Wyatt House in downtown Raleigh. We serve clients from throughout Wake County.

After a divorce, it is not unusual to change residences as you settle into your new life. If you are the primary parent of children in a divorce, relocating becomes an issue when it comes into conflict with custody and visitation agreements that are part of your divorce. The agreements that are a part of your divorce decree are legal orders, which must be obeyed, or you could be sanctioned by the court.

If you are considering a move, you should make sure you understand what your child custody agreement says about travel or relocation with your children. If there are no specifics on where you travel or live, you need to consider visitation schedules and the practicality of meeting them from your intended new home. At some geographic distance, this will become an issue.

When a planned relocation conflicts with court-ordered custody arrangements, you must seek a court order to change the existing arrangements. If your ex-spouse will agree to newly drafted arrangements, this request stands a better chance of meeting with a judge’s approval. 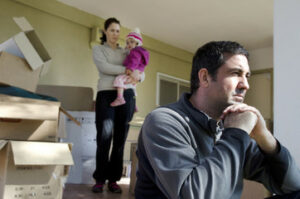 Some issues you and your spouse should consider include:

As long as the arrangement meets the best interests of the child involved, the court should approve it. In general, a judge will consider:

Our attorneys can review your situation and determine how to meet your need to change your child custody agreement with or without your ex-spouse’s cooperation or to keep your ex-spouse from making a change that will unnecessarily hurt your child and you.

A relocation that does not disrupt your or your ex-spouse’s custody of and/or visitation with your children is not an issue. But if relocation will change the ability of a child to see their other parent as the court has ordered, the relocating spouse will need the court’s permission to relocate legally.

A parent’s desire to change where he or she lives – for a new job or another reason – will not necessarily be enough for a family law judge to modify the child custody agreement that is part of their divorce decree. Even if both parents agree to the change, a judge may decide there is insufficient reason to change the ordered arrangement.

In Shepherd v. Shepherd, 273 N.C. 71, 75, 159 S.E.2d 357, 361 (1968), the N.C. Supreme Court said:
A decree of custody is entitled to such stability as would end the vicious litigation so often accompanying such contests, unless it be found that some change of circumstances has occurred affecting the welfare of the child so as to require modification of the order. To hold otherwise would invite constant litigation by a dissatisfied party so as to keep the involved child constantly torn between parents and in a resulting state of turmoil and insecurity. This in itself would destroy the paramount aim of the court, that is, that the welfare of the child be promoted and subserved.

In Shipman v. Shipman, 357 NC 471, (2003), the court said relocation does not have a self-evident impact on the welfare of children. In Frey v. Best, 189 NC App 622 (2008) the court upheld a lower court’s decision to deny the wife’s request to modify the parenting agreement to allow her to relocate with the children to the State of Washington. It said the trial court erred when it increased the father’s visitation because of a change in his work schedule and because the kids were older and could spend more time away from their mother, saying neither affected the welfare of the children. 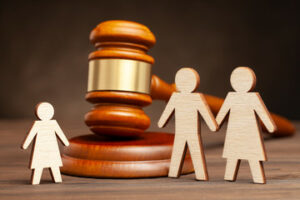 In Thomas v. Thomas, 757 SE2d 375 (NC App 2014) and Gary v. Bright, 750 SE2d 912 (2013), the court said even parents’ agreement to a change does not alter the law requiring that the court must rule that the change in the parents’ lives is substantial and will impact the child’s welfare. The parents can stipulate to the facts, but only the court can conclude that the legal standard for modifying the agreement has been met.

Though it’s certain that many relocations will have an obvious impact on the welfare of any children involved, the law in North Carolina leaves room to argue against modifying visitation agreements in many cases. If you are the noncustodial parent of your child and do not want your child’s mother or father to take them out of state, we can assist you.

To stop a relocation and prevent changes in the visitation agreement detrimental to your interests, you would show the court that:

A further step, if it was your desire, would be to demonstrate to the court’s satisfaction that the child’s best interests would be best served by you assuming primary custody of them.

The Raleigh child custody lawyers of Charles R. Ullman & Associates know the rights and protections that are built into North Carolina’s child custody laws and established by court decisions. When your circumstances change following a divorce, we can help you seek the court’s approval for what is best for yourself and your children.

Call us today at (919) 829-1006 in Raleigh or use our online contact form. We can meet with you for a confidential consultation about your needs.