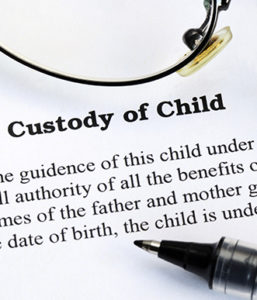 Child custody is frequently an area of contention in divorce, and if so, will require very careful handling. As parents, we want the best for our children and when this issue arises, it is important to understand child custody laws in NC, and how the courts come to a decision.

The court will focus on what is considered to be the best interests of your child, rather than on parental wishes. There are various factors that will be carefully reviewed, including which parent has been the primary caregiver for the children, the financial situation of each parent, the ability to spend time with the children with regard to the restrictions of work, as well as the emotional health of each parent.

In many cases, it is often far more effective for all concerned to come to an agreement about child custody and visitation outside the courtroom.

The goal is to develop a practical, workable arrangement for the care and shared parenting of the children. The arrangement should enable each parent to maintain a close and consistent relationship.

When discussing child custody, it is extremely valuable to be represented by a NC child custody lawyer that has extensive experience in litigating child custody cases, and in working out resolutions to child custody issues in careful negotiations with the opposing attorney, or in mediation. The safety and wellbeing of your children is of critical importance, and your concerns about North Carolina child custody laws should be discussed with your attorney as early as possible when considering divorce.

The issues that the court will review in making a decision include:

There are some situations in which one parent is incapable of caring for a child, such as a parent who is involved in illegal drugs, is an alcoholic, or has committed any act of child abuse, neglect or molestation. To prove that any of these conditions exist, it will be necessary to acquire extensive supporting evidence to present to the court, and in some cases, the data may be heavily challenged by the opposing attorney, even when absolutely true.

There is no preference given to either a mother or father under state law, and fathers and mothers have equal parental rights. According to the child custody laws in NC, the types of custody arrangements that could be established include joint physical custody and sole custody with visitation rights. The decisions about your child’s future may be determined with a joint legal custody arrangement. This can be separate from the living situation of the children, but is related to the major life decisions regarding your child’s education, health care, religion and other crucial issues, and whether one parent or both parents are equally involved in making these decisions.

Compliance with a Custody Order

A court order that has been issued regarding child custody in North Carolina will require compliance from both parents. A parent who fails to adhere to the terms of a court issued custody order will face legal consequences.

If you have concerns about your child’s safety, your first action is to speak to a lawyer so that the correct steps are taken to protect against legal consequences for you as a parent. An emergency protection order allows for immediate changes in child custody arrangements while matters regarding child safety are sorted out with the court.

North Carolina Custody Laws: Your Future With Your Children

Child custody orders will impact your life – and the lives of your children – for many years, based upon the age of your child or children. It is in your best interests to fully understand your parental rights, and to engage in the correct actions if you have concerns about child custody.

At Charles Ullman & Associates, we offer exceptional qualifications and credentials to serve you. Our founding attorney, Mr. Ullman, is a Board Certified Specialist in Family Law, one of fewer than 300 attorneys in the state to have achieved this credential. With over two decades in practice, he is a seasoned trial lawyer that focuses his energy on cases involving child custody and visitation, child support, and other crucial issues associated with divorce. He is also trained in collaborative law, often a far more effective, non-adversarial method by which child custody matters can be resolved.

Connect with our Raleigh child custody lawyer today for the professional help you need in any child custody issue, including post-decree modifications.