Emergency Custody of Children in Raleigh 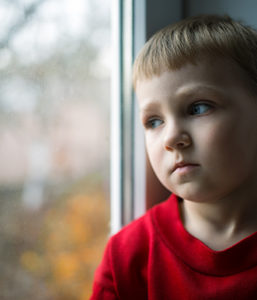 There are some situations in which it is necessary to gain emergency custody of children when they are at risk of harm or of being removed by the state from the other parent.

Are your children in danger due to domestic violence, child abuse or child molestation? Do you suspect the other parent is planning to remove the children to another state without warning?

The child custody lawyers at Charles R. Ullman & Associates in Raleigh, NC are ready to move into immediate action to help gain an emergency custody order. We have answered some anticipated questions so you understand how this legal process works.

We also discuss below what to do if you have been served with an Emergency Custody Order.

What Is Emergency Custody?

An Emergency Child Custody Order is also called “ex parte,” (in the interests of one side only, and pending a formal hearing). These are orders that are based on a written affidavit submitted by one party, and do not include any challenging information from the “other side.”

These orders are issued by a judge when there is a claim that children are at risk of harm, such as in cases involving domestic violence, child abuse, criminal activity or other serious matter. The judge can issue an order for the temporary custody of a child pending a court hearing about the matter, in which the other party has the right to present evidence that could challenge the allegations. Under North Carolina law N.C.G.S. Section 50-13.5(d)(3), there is a legal standard that must be met for a judge to have the right to issue an emergency custody order:

“A temporary order for custody which changes the living arrangements of a child or changes custody shall not be entered ex parte and prior to service of process or notice, unless the court finds that the child is exposed to a substantial risk of bodily injury or sexual abuse or that there is a substantial risk that the child may be abducted or removed from the State of North Carolina for the purpose of evading the jurisdiction of North Carolina courts.”

How to Get Emergency Custody

Are you concerned about the safety of your child or children while under the care of the other parent, or do you suspect that the other parent plans on removing the children from the state?

These are very dangerous situations and can allow you to seek a temporary custody order that will permit you to gain custody of your children until the matter is resolved in court.

When a child has been subjected to any form of child abuse, including emotional abuse, physical abuse or sexual abuse, it is critical that the child is brought to safety without delay. When a child is bruised, injured or has communicated any matter related to child molestation, legal action should be taken immediately.

The damage done to a child by an abuser can last a lifetime, and early intervention is critical. Call our firm to help you file the appropriate papers at once.

What Happens at Emergency Custody Hearings?

An emergency custody hearing will be held after the other parent is legally notified, and takes place no more than 10 days from the time the emergency child custody order is issued by the judge, or 7 days from the time he or she was legally served notice. A continuance (time extension) cannot be longer than 10 days in most cases. These hearings take priority and are scheduled to meet these deadlines. At the hearing, the other parent (or person who has custody of the children) has the right to present evidence and testimony to challenge the emergency custody order, and to attempt to have the child or children restored to his or her custody.

The skill with which your case is presented to the court cannot be underestimated with regard to a decision about custody. It is necessary to have supporting evidence and documentation regarding why there is a risk of harm, and why the children must remain in your custody.

What Does it Mean to Get Emergency Custody?

An emergency custody order can be issued immediately by a judge when the children are at risk of harm. These are cases involving domestic abuse, child abuse, molestation and other serious risks to the health and wellbeing of children.

A skilled child custody lawyer can prepare the necessary forms to bring to court, and submit the relevant data that will help you to get emergency custody of your children. This can be a critical matter if you believe your children will be suddenly moved out of state to attempt to avoid any legal action regarding custody in North Carolina, or when the children are the victims of child abuse or other significant danger.

Are You in Danger Now? How to File a Domestic Violence Protective Order

If you are in a position where you need protection from violence, you can file a restraining order termed a Domestic Violence Protective Order (DVPO). We have the DVPO form available here on our site. Information on the steps involved with filing the Protective Order can be found here.

You will find that deputy clerks and assistant clerks are helpful. They should make sure you get the forms you need.

If you are living in an abusive home, there are people and organizations that can help. We provide a list of domestic violence agencies by county, as well as a wide range of informational resources about domestic violence.

To get emergency custody you will need certain forms to be correctly filled out and brought to court. These forms include:

After You Get an Emergency Custody Order – What’s Next?

A formal child custody hearing will occur within a short time frame (7 days from service to the other parent). For this hearing you must have all of your paperwork in order, with extensive supporting evidence if you hope to continue to have custody of your children.

The evidence that may be important can include a Domestic Violence Protective Order, evidence provided by medical professionals, teachers or other child professionals. Also important are statements from relatives, neighbors or any other person who may have observed acts of violence or other harm to the children, or is aware that the parent is planning on leaving the state with the children.

Call our skilled child custody lawyer at Charles R. Ullman & Associates for immediate assistance. The firm’s founder, Mr. Ullman, is one of the few Certified Family Law Specialists in the state, and will help you with every detail of your child custody case, from the filing of the ex parte motion to obtain emergency custody through fighting for sole custody of your children if they are at risk of injury or harm. Call now for more information, or fill out our online form. We can take immediate action for you if your children are in danger.

What if I Was Served with an Emergency Custody Order?

If you receive an Emergency Order for custody, you should speak with an attorney as soon as possible. A judge has already reviewed the allegations against you and determined that the allegations were sufficient to enter an Order regarding custody and visitation. All custody hearings are important, but one that has harmed the judge’s perception of you or your case is particularly important. Due to the requirement that the “return” hearing be scheduled within ten (10) days of the entry of the Order, you and your attorney will start the case with an imposed time limit to prepare.

If a Domestic Violence Protective Order has been entered, it is important to determine how it may affect your custody schedule or your custody case. In North Carolina, the moving party can ask for a temporary order for custody to be entered. While it is a “temporary order” for custody, it will stay in effect for a long period of time. If custody is part of the relief requested in the Complaint, the court can modify a prior custody agreement or court order for custody.