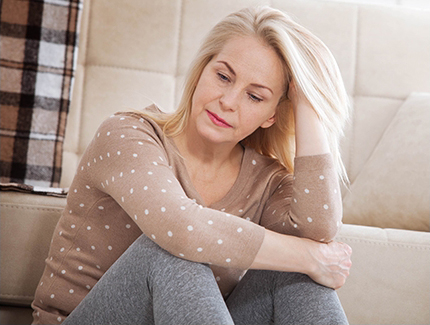 Domestic violence is a devastating form of abuse that occurs between two people who share some form of close or intimate personal relationship. The victims include women and men and people of all ages and social classes. Acts of domestic violence are among the most underreported crimes.

The Raleigh domestic violence attorneys at Charles R. Ullman & Associates have experience helping victims of domestic abuse and intimate partner abuse. We can discuss your legal rights and the steps that you can take, including seeking a protective order to keep you and your family safe. Our compassionate and committed attorneys have helped numerous Raleigh and Wake County residents leave violent situations.

What is Considered Domestic Violence in North Carolina?

Approximately 1.3 million women in the U.S. are assaulted by an intimate partner each year, according to the American Bar Association’s Commission on Domestic Violence. Domestic violence includes spousal abuse and violence toward children, which can occur in any household.

You should not have to live in fear while trying to work and raise a family. Our compassionate attorneys help victims of abuse and violence step away from a violent situation and move to safety.

A male may suffer physical assault, sexual assault or other intentional harm from a spouse or intimate partner constituting male domestic abuse. The violence may start as isolated incidents and develop into a pattern of abusive or violent behavior. The abuser may attempt to claim that the victim did something to prompt the violence or was somehow at fault.

It’s not uncommon for males who are victims of domestic violence to feel ashamed to admit to others what they have been enduring. You should know that help is available. You have rights under N.C. domestic violence laws to be free of physical and emotional abuse including intimidation and threats of physical violence.

Our attorneys have helped men get the protection they needed to move out of dangerous relationships.

What Are the Types of Charges for Domestic Violence?

Depending on the specific incident, the police may detain a violent or abusive spouse on a range of criminal charges including

Criminal prosecution may be appropriate depending on the particulars of the situation. There may be other appropriate civil steps that you can take to protect yourself from further harm or domestic abuse.

For example, we may be able to help you obtain a permanent restraining order or Domestic Violence Protective Order, which we’ll discuss below. The order would prevent an abuser from threatening you or stalking you.

What to Do if You Are a Victim of Domestic Abuse

Knowing what to do if you are confronting domestic violence or an abusive situation is critical to your efforts to protect yourself. Abusers often behave in unpredictable ways, with seemingly minor incidents or disputes escalating into violence.

Taking out a protective order (commonly referred to as a “restraining order”) is an additional step that you may take to protect yourself from an abusive individual. North Carolina courts issue two types of protective orders:

To secure either type of protective order, you must convince the court of your need for protection.

How Can I Protect Myself from Becoming A Domestic Violence Victim?

Knowing what to do if you are confronted with a potentially abusive situation is critical to your efforts to protect yourself from domestic abuse. Abusers often behave in unpredictable ways, with seemingly minor incidents or disputes quickly escalating to violence.

Taking out a protective order (commonly referred to as a “restraining order”) is an additional step you may take to protect yourself from an abusive individual. North Carolina courts issue two types of protective orders:

A violation of either type of protective order can result in criminal sanctions. In order to obtain either type of order, you have to show the court why you need protection. An attorney can help you fulfill this requirement.

What are the effects of domestic violence, mentally and physically?

How can I get a protective order from my abusive partner in North Carolina?

A North Carolina domestic violence protective order – also called a “DVPO” or “50B order” – can be obtained by doing the following:

Am I safe if I accuse my partner of domestic violence in North Carolina?

How does domestic violence affect children?

Children who are victims of domestic violence (physical or emotional) suffer in many ways, even if they are just witnessing the abuse between their parents.

During childhood, children may be withdrawn and unable to form lasting friendships. They may also act out and have behavioral problems at school. During adolescence, these problems often get worse, causing the child to develop eating disorders or drug addiction. They may engage in risky or self-destructive behavior.

Unfortunately, these problems rarely go away in adulthood without therapy. Adults who witnessed or suffered from domestic violence as children sometimes repeat the abuse cycle against others. Or, they get involved in abusive relationships.

What are some common signs of domestic violence?

Domestic abuse happens to people from all walks of life, professions, and backgrounds. Knowing how to recognize the signs of domestic violence in victims can help your friends or loved ones get the protection they need.

Here are some of the most common warning signs of domestic violence:

Can men be victims of domestic violence?

Yes, men can be victims of domestic violence. It’s estimated that 1 in 4 men have suffered physical violence at the hands of an intimate partner. Unfortunately, men are often reluctant to report domestic violence due to the social stigma and the fear of not being believed.

If you are a man who is being abused, it’s important to know that help is available. Our Raleigh domestic violence attorneys have helped men get the protection they needed to move out of dangerous relationships.

In addition to physical violence, men in abusive relationships often suffer from emotional abuse. Emotional abuse is still abuse, and you have rights under North Carolina domestic violence laws to be free of abuse including intimidation and threats of violence.

Some of the most common types of emotional abuse that men suffer:

How can I get help If I’m a victim of domestic violence?

When the emergency order is granted, the judge will schedule a future hearing with you and the alleged abuser (“defendant”) so that a long-term order can be considered. If the judge feels that the defendant did commit domestic violence against you, then the judge will issue a long-term protective order. They are typically valid for one year but can be renewed.

A North Carolina domestic violence protective order can do the following:

The caring legal team at Charles R. Ullman & Associates can review your situation and discuss whether a protective order is appropriate. Contact us at (919) 336-0870 to meet with one of our Raleigh domestic violence attorneys to schedule a consultation.

Do I have to report domestic violence?

Whether or not you are legally required to report domestic abuse, you should encourage a friend or loved one to speak to a domestic violence attorney if you suspect that he or she is a victim of domestic violence or in an abusive relationship.

What is considered domestic violence in North Carolina?

In addition to spouses, domestic violence can occur between:

The following acts of abuse are considered to be domestic violence in North Carolina:

Please contact us online or call us toll-free if you would like to schedule a consultation. You may also learn more about domestic violence from our helpful resources here if you are a victim or want to help a victim.