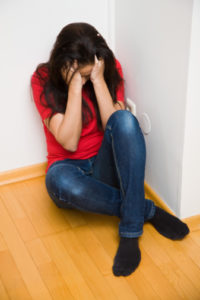 Everyone gets angry, but some people take their anger too far and act in abusive and violent ways. Determining whether someone has an assaulting personality or if you are in an abusive relationship depends upon a variety of signs, circumstances and behaviors – some of which can often be difficult to discern.

There are several hallmark characteristics of behavior in an abusive partner. Read our list of those signs of violent behavior.

Are You in an Abusive Relationship?

“Abusive” relationships are often difficult to conclusively define. While some abusers are physically violent or verbally abusive; others are less so. While physical violence should never be tolerated, verbal abuse is often tolerated for much longer than it should be. In fact, many victims of domestic violence don’t consider verbal abuse as abuse at all – they’ll say that their partner is just having a bad day, has a bit of a bad temper or is just too stressed out. The bottom line is that any type of violent behavior is abuse and, once a pattern develops, it’s usually an indication of a much bigger problem.

It’s important for victims to pay special attention to their own behavior in these types of situations. Many domestic violence survivors have reported that their abusive situation “ended” because they became passive and stopped expressing themselves freely or making their own decisions. However, giving the abuser control – and losing yourself in the process – is not a solution to the problem.

There are many domestic violence support programs in the state. We provide a list of these programs by county. The North Carolina Victim Assistance Network is also a resource for support.

How to Safely Leave an Abusive Relationship?

The most dangerous time for domestic violence is when someone decides to leave an abusive relationship while their abuser is present or nearby. So if you decide to leave, do so safely, smartly and quickly by:

It’s also important to know who can rely upon for moral support. Write down phone numbers, addresses and emails for anyone you think can help you. If you don’t have anyone you can rely upon – and even if you do – consider seeing a therapist who understands what you’re going through and can provide additional resources to help you.

Leaving an abusive relationship is never easy. However, it’s important to understand that domestic violence generally escalates over time and that leaving is always an option and that help is available.