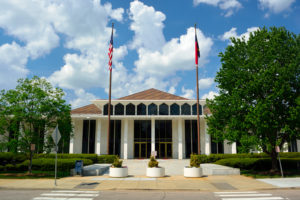 “Finally, in North Carolina, no means no,” Cooper told a crowd gathered for the bill signing at Family Service of the Piedmont, a nonprofit organization where domestic violence survivors and abused children can get help.

Provisions of the new law SB-199 take effect Dec. 1, including:

“For decades, members of law enforcement, prosecutors and advocates have had to break the bad news to victims that their assailant will not be charged with a crime because of the circumstances of their assault,” The News & Observer of Raleigh said in its report about the new law.

After months of discussion in the General Assembly, the final legislation combined four separate sexual assault bills, Jay Chaudhuri, a Democratic state senator from Wake County and a primary sponsor of the measure, told The New York Times.

The ability for members of the N.C. Senate and House to put aside politics ended up being a victory for all victims of sexual assault, he said.

The North Carolina Coalition Against Sexual Assault, an advocacy organization for the rights of sexual assault survivors, worked with elected officials on the legislation.

If you are the victim of sexual assault or domestic violence, we know how terrifying it can be to report the crime. But help is available. Legal action may be necessary to protect yourself and your loved ones from additional harm.

A qualified North Carolina domestic violence attorney from Charles R. Ullman & Associates can help you secure an emergency protective order and connect with community resources, such as help from a rape crisis center, refuge at a local women’s shelter and assistance from mental health professionals. Family law attorney Charles R. Ullman has been active in raising awareness of the prevalence of domestic and sexual violence, including date rape. A compassionate attorney, Ullman is a North Carolina board-certified Specialist in Family Law. He is committed to confronting this serious problem on campuses and in the community.

The Raleigh attorneys at Charles R. Ullman & Associates urge you to seek help now if you are being subjected to sexual, physical or mental abuse.

For a confidential consultation with one of our lawyers, call us toll-free or use our online form.