Skip Navigation
Home Blog Can Cyberspying Be Used in a Divorce?

Can Cyberspying Be Used in a Divorce? 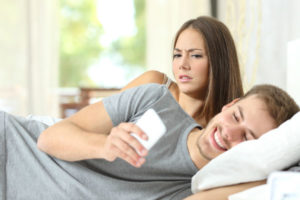 The use of social media on a daily basis is a reality for the majority of the population. The Pew Research Center reports that 74 percent of adults use social networking sites. While the use of social media, such as Facebook, Twitter, LinkedIn, Google+, and others may seem relatively harmless, the truth is that social media may play a role in divorce.

If divorce is on the horizon, what you do on social media – and the internet in general – may be used against you. You may also be able to use your spouse’s social media activity against them as well.

How Social Media Contributes to Divorce

It may seem unrealistic to claim that the use of social media can lead to a divorce. But for anyone who has been in a relationship with a partner who cannot put their smart device down, the connection is clear. 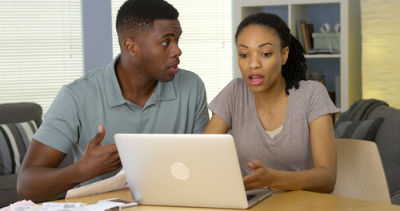 According to a study – Social network sites, marriage well-being and divorce: Survey and state-level evidence from the United States – published in the journal Computers in Human Behavior, there may be a causal relationship between the use of social networking sites and divorce. The study states that the “diffusion of Facebook between 2008 and 2010 is positively correlated with increasing divorce rates during the same period,” and further says that remains true even after variable control. The study also found that a 20 percent increase in Facebook enrollment on an annual basis was associated with an increase in the rate of divorce by 2.18 to 4.32 percent.

The reason that the increased use of social networking sites is associated with an increased rate of couples filing for divorce is unknown. However, many theorize that it may be because partners can confirm suspicions about their spouse’s behavior without actually having to confront the person. Furthermore, spending more time on social networking sites may detract from spouses spending quality time with one another, creating room for marital strife and hurt feelings.

If you suspect that Facebook is getting in the way of your marriage, talking to your spouse before things go south is highly recommended.

Cyberspying and Divorce – What You Need to Know

With the advent of social media and other online technologies, how spouses conduct an investigation when they suspect that the other spouse is up to no good – snooping – has changed dramatically.

Now, it is easier than ever for a spouse to find out what their husband or wife is up to. For some spouses, it may be as simple as opening a laptop or scrolling through a smartphone, especially those that are not password-protected. For others, installing cyberspying software is cheap and easy. This software can track website use, online conversations, copy emails, track call history on phones, keep a record of GPS locations, and more.

If you are spying or being spied on, keep in mind that the behavior may not be legal, depending on the circumstances.

Why Would a Spouse Spy?

There are a number of reasons that one spouse may cyberspy on another. Cyberspying may be used to gain information about the other spouse that affirms a decision to seek a divorce. But more than that, cyberspying may be used to gather evidence against the other spouse that could be used in divorce proceedings, potentially affecting a court’s decision in regards to important issues like alimony, child support, and child custody.

How to Protect Yourself from Cyberspying 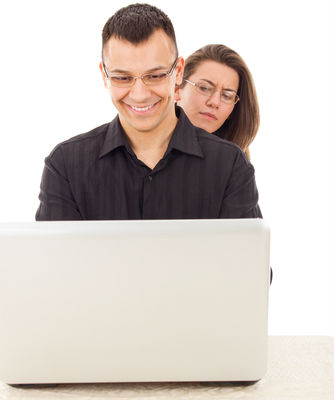 If you suspect that your spouse may be cyberspying on you, it is important to take action quickly, especially if you have something to hide. Do not save any website pages as “favorites,” and be sure to delete your browser history. Further, change your passwords on your phone, computer, and email to something that your spouse would not be able to guess. You may also want to speak with your cell phone company about text and call records, as text message records and phone records may be obtained by your spouse and used against you. If you are participating in activity that may impair the outcome of your divorce case, using a separate phone (that your spouse will not have access to) is recommended.

If you think that your spouse is using cyberspying software, you should consult with a professional if you are not trained in tech yourself. A professional can assess your phone and computer to determine whether spy software has been installed, and if so, remove it.

It is also in your best interest to cease any behavior that could be construed as marital misconduct and therefore be used against you when your spouse files for divorce. If you want to get divorced, beginning the process as soon as possible may be best for all parties involved.

Speak to a lawyer if you think your spouse wants to get divorced or is spying on you and may use the information against you during a divorce. A lawyer can advise you on how to protect your interests, what the laws are regarding whether your spouse has the right to spy on you and whether that information can be used against you, and more.

Cyberspying and divorce is a serious concern in North Carolina. If you believe divorce is on the horizon, or if your spouse has filed for divorce, doing what you can now to protect yourself is highly recommended.

For guidance on what to do next and what issues you may face, call the experienced Raleigh divorce lawyers at Charles R. Ullman & Associates, PLLC, today. You can schedule a consultation now by calling our offices directly or using our online contact form.