Domestic violence has been a problem for the National Football League for some time – both in the number of incidents and in the league’s lenient response to them. The case involving Baltimore Ravens running back Ray Rice made it an issue the NFL can no longer ignore.

The NFL suspended Rice indefinitely after an outcry over a video showing him knocking his then-fiancée unconscious. Not long afterward, the Carolina Panthers put defense player Greg Hardy on the inactive list after he was convicted of assaulting a former girlfriend.

Amid the outcry over the league’s treatment of domestic violence, NFL Commissioner Roger Goodell admitted that its personal conduct policy had failed.
Indeed, the league has a history of not punishing players for domestic violence or punishing them less severely than for offenses such as drug use, the New York Times reported.

Earlier this year, an analyst for the website FiveThirtyEight.com attempted to shed light on the rate of arrests for domestic violence in the NFL. The analysis found: 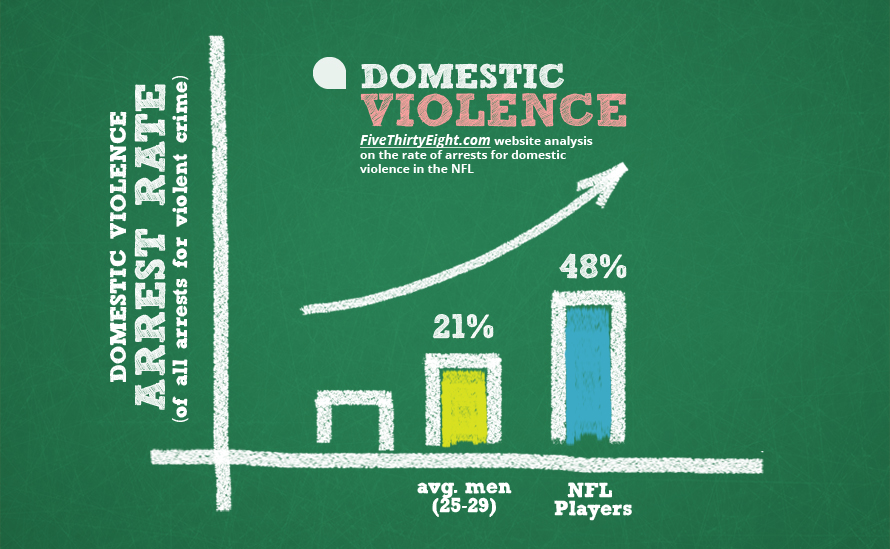 The San Diego Union-Times maintains a database of arrests of NFL players from 2000 to the present. Entries for Carolina Panthers players reveal the following: 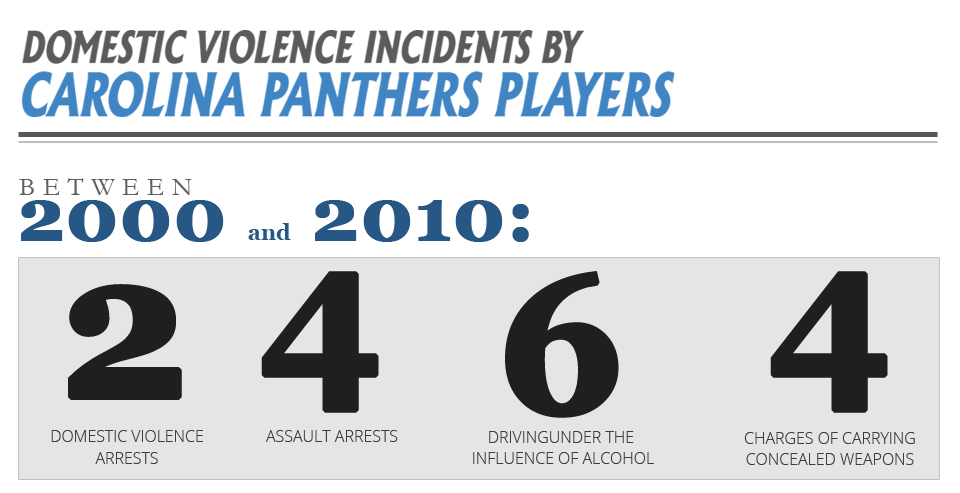 What the database reports is limited. For instance, it contains no mention of the 2001 conviction of Carolina Panthers player Rae Carruth for conspiracy to murder his girlfriend, Cherica Adams.

The NFL says it considers domestic violence to be unacceptable in all circumstances and has adopted new penalties for violations.

Meanwhile, women’s groups, including wives and girlfriends of NFL players, are seeking a voice in the discussion. The NFL is rightly focused on the conduct of its players. But the women’s organizations are also right to raise concerns about the survivors of domestic violence.

As the NFL and many other organizations look for a better way to address domestic violence, it is important to take the needs of victims into account. The cycle of domestic abuse often depends on a victim’s confusion, fear and self-doubt. Any policy should encourage victims to report domestic violence. And it should make sure to protect their safety when they do.