Adultery Can Impact Your Divorce Case. Here's How to Prove It. 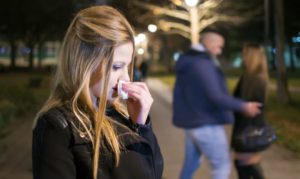 If you are in the process of filing for divorce because your spouse was having an affair, you might be wondering whether that adultery will impact your divorce settlement and, if so, how you can prove adultery.

Although adultery is considered a misdemeanor criminal offense under North Carolina law, the primary reason that many spouses want to prove adultery does not have to do with criminal charges. To be sure, it is unlikely that a prosecutor would bring charges in a case of adultery, but adultery can significantly impact many aspects of a divorce or child custody case.

If you have questions about proving adultery and obtaining spousal support, contact our experienced divorce lawyers in Raleigh today to discuss your situation.

Why Would I Need to Prove Adultery?

Evidence of adultery can impact your divorce case or your child custody matter in a wide variety of ways:

How Does Adultery Impact Child Support, Property Division, and Alimony?

What Evidence Can I Use to Prove Adultery?

Obtaining evidence of adultery can be complicated, but in the age of the Internet, it may be a bit easier than in the past. In brief, many family law matters concerning adultery include evidence that has come from the cheating party’s social media sites. Many people do not realize it, but even if you alter your privacy settings on Facebook or Instagram, for example, the information you post still can be discoverable by the other side. In other words, anything you post should be considered public information.

What kinds of uploads or posts may serve as proof of adultery? Evidence from social media sites may include:

Remember that cellphones also store a significant amount of personal information that can be obtained through the discovery process. Emails, texts, and other proof of adultery kept on a phone can be used in court.

If it is clear that your spouse had an extramarital affair that caused the breakup of your marriage, you likely are thinking about how to prove your partner cheated. Generally speaking, proving adultery can be complicated, and it is important to work with an experienced North Carolina divorce lawyer who can help gather evidence in your case.

Contact Charles R. Ullman & Associates today to learn more about how we can assist you.