Does Substance Abuse Cause Domestic Abuse? 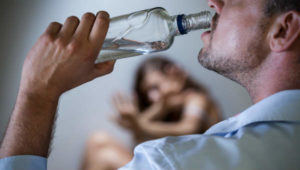 If you or someone you love has been in an abusive relationship, you know that it can feel extremely difficult, and sometimes impossible, to see a path out of the harmful situation. And coping with substance abuse in the household on top of it can make matters even worse.

Many Americans recognize some sort of correlation between substance abuse and domestic violence, according to an article from the National Online Resource Center on Violence Against Women. In some cases, people believe that drug and/or alcohol abuse is actually the cause of intimate partner violence. In other situations, people suspect that alcohol is a contributing factor in domestic violence cases, but not the primary cause. Still others believe that there is no correlation between alcohol and domestic violence.

What is the answer? In short, there is, at the very least, a co-occurrence of alcohol use and intimate partner violence. As such, it is important to think carefully about substance abuse when we consider ways of handling domestic violence cases.

If you or someone you love is in a position in which she or he is a victim of intimate partner violence, it is important to get out of the situation as quickly as possible. An experienced family law attorney in Raleigh can speak with you today to discuss your options.

The Co-Occurrence of Domestic Violence and Alcohol Abuse

According to a fact sheet from the Public Health Agency of Canada, “Alcohol consumption, especially at harmful and hazardous levels, is a major contributor to the occurrence of intimate partner violence.” In other words, while substance abuse does not cause domestic violence, there is a correlation between intimate partner violence and alcohol abuse.

For example, an article from the University of Minnesota Human Rights Library explains that the use of alcohol can “affect the user’s ability to perceive, integrate, and process information.” Although such distortion is not a cause of domestic violence, it can “increase the risk that the user will misinterpret his partner or another’s behavior.”

What are some other correlative connections between domestic violence and alcohol use? The fact sheet from the Public Health Agency of Canada cites the following:

The University of Minnesota Human Rights article underscores that drinking alcohol in large quantities “can increase the user’s sense of personal power and domination over others.” When someone has a false sense of power over another person, it can sometimes result in that person attempting to exercise physical control through violence. Although there is no clear-cut scientific evidence of a person being predisposed to commit acts of domestic violence, certain personality characteristics may in fact be predictive.

Another potential connection between alcohol use and intimate partner violence also concerns personality characteristics of the abuser. For instance, people who are already predisposed to violent behavior — even without alcohol — may be more likely to be a substance abuser. In particular, children who have grown up in households in which domestic violence and alcohol have gone hand-in-hand may be at greater risk of becoming “an abuser and/or a substance abuser” later in life, according to the University of Minnesota.

Another correlation between alcohol and domestic violence concerns the victim’s substance abuse issues. Although we often think about alcohol abuse in connection with the abuser, according to a fact sheet from the addiction treatment center Futures, both parties in a situation marked by domestic violence frequently use alcohol.

When a victim abuses alcohol, it can intensify the violence or can make it worse in certain cases. For example, alcohol abuse can make it more difficult for a victim to properly assess the situation and to get out before the violence occurs. In addition, the victim may avoid reporting incidents of domestic violence out of fear or concern that she or he will not be taken seriously as a result of substance abuse. And in some cases, victims begin using alcohol in an attempt to grapple with the emotional repercussions of the violence.

If you or someone you care about is in a relationship involving domestic violence, it is important to seek help from an experienced Charlotte domestic violence lawyer. An advocate at our firm can help you to understand your rights and can discuss your options for staying safe. Contact Charles R. Ullman & Associates today to learn more about how we can assist you.