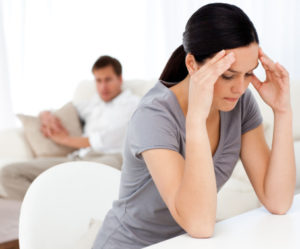 One of the biggest myths in American culture is that being single means being depressed and lonely. While that is certainly the case at times, a new study from the University of Michigan suggests that being unmarried may be much better for your mental health than being with an unsupportive spouse.

According to findings from the study, people in marriages with critical spouses were significantly more likely to develop depression than those in supportive relationships.

The study examined the quality of social interactions of more than 4,600 Americans between the ages of 25 and 75 over a 10-year period. It evaluated marriages, but also other social relationships among other family members and friends.

They found that strained relationships among loved ones raise the chances for depression but that the greatest risk comes when the support is lacking between spouses.

One in seven adults in low-quality relationships were likely to develop depression, compared with one in 15 in the best relationships, according to the results.

The study asked participants a number of questions, such as how much they felt they could rely on their spouse if they had a big problem, how comfortable they felt opening up to their spouse when they are upset and how often they felt criticized or let down by their spouses.

According to lead author Alan Teo, the results also suggest that couples therapy may help improve interactions among spouses and mend rocky relationships, which can reduce the risk for moderate and major depression.

Nearly 16 percent of Americans struggle with depression at some point during their lives, and it has been shown to worsen conditions such as heart disease, stroke and cancer. Depression can cause marital strains that lead to separation and divorce.

The full results of the study can be found here.