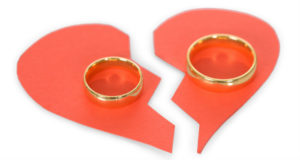 The rate at which people file for divorce in North Carolina and across the United States tends to dip during the last months of the year – likely due to the holidays – and then skyrocket toward the first of the year, peaking in March.

One holiday that is caught in the middle of these months in Valentine’s Day. And while it may seem as though people would postpone divorce proceedings during the celebration of love, the opposite is true. Studies show that the rates of divorce filings around Valentine’s Day increase significantly.

If you are thinking about filing for divorce this Valentine’s Day – or anytime in the near future – be sure to meet with a Raleigh divorce lawyer first.

Cupid’s arrow does not strike everyone. An article published in The New York Post suggests that during what is touted as the most romantic time of the year, the rate of divorce filings in the United States increases by as much as 40 percent. The article cited data recorded after a study conducted by Avvo, the popular lawyer-rating website, which showed an increase in divorce filings around Valentine’s Day over a two-year period.

Some couples may wait until Valentine’s Day is over until filing for divorce, and are unaffected by any gimmicks of love that are presented by the popular holiday for couples. CNN Money reports that the day after Valentine’s Day – February 15 – kicks off the busiest month of the year for divorce filings, up about 18 percent from the average month.

Why Is February Such a Popular Month to File for Divorce? 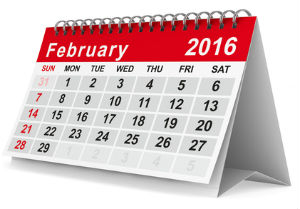 Perhaps it is the failure to remember the romantic holiday that prompts some individuals to file for divorce (could divorce be prevented with flowers and chocolates?), or that the holiday brings attention to latent issues in the relationship.

More likely, however, February is a month filled with divorces because it comes right after holidays such as Christmas and the New Year’s Day, and it also follows the month that is the busiest of the year for bankruptcy filings, which may put emphasis on the financial burdens that many couples face, often driving them apart.

Another theory highlighted in the CNN Money article is that Valentine’s Day brings attention to adulterous spouses, who have to choose between spending the evening with their husband or wife or with their lover. The choice can lead to the cheating person being caught in the middle, and eventually being found out. 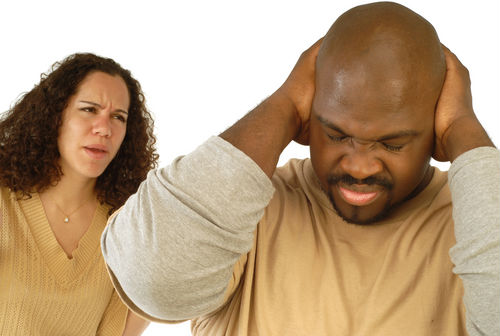 When couples seek a divorce – especially in the event that the divorce was precipitated by an event such as adultery – there are many unanswered questions that each partner likely has. For example, does adultery affect common issues in a divorce like alimony and child custody?

While some states do not factor in any instances of marital misconduct when making determinations about issues in divorce, North Carolina does, at least in regard to certain aspects. Section 50-16.3A – Alimony of North Carolina General Statutes explicitly states that when determining the amount, duration, and manner of payment of alimony in divorce, the court shall consider the “marital misconduct of either of the spouses.”

In some cases, adultery may also be considered when making a determination about how to divide property. Per North Carolina General Statutes Section 50-20, any factor that the court finds “just and proper” may be considered when dividing property and assets, including an act of either party that diminishes the total value of assets jointly owned. For example, if one spouse spent money on their lover during an affair, this may be considered.

As far as child custody is concerned, courts must make a custody determination based on the best interests of the child. If an affair or a parent’s actions have caused harm to a child or would be harmful to the child if that parent were awarded custody, custody may be awarded to the other parent.

Questions about adultery are surely not the only inquiries that divorcing couples have. Likely, if you are getting divorced, you are wondering what property you will be allowed to keep, the state’s laws on marital property, how long your divorce will take, how much it will cost, and more.

The Importance of Hiring an Experienced Divorce Attorney

When you are filing for divorce, you need a family lawyer. The Wake County family lawyers at Charles R. Ullman & Associates can help you understand all of the important issues in divorce, ranging from when and how to file, to what your rights are, to how determinations are made about property division, alimony, child support, child custody and other issues.

Raleigh divorce attorneys do more than just guide people through the process. They also advocate for their clients from day one. Divorce can be extremely contentious, and many couples walk away from a divorce with neither party being satisfied with the outcome. When a couple is on bad terms with one another, the issues in a divorce can be even more complicated and heated. An attorney is there to make sure your rights are protected and that a divorce is resolved as much in your favor as is possible.

No matter what time of year that you file for divorce, the Raleigh divorce lawyers at Charles R. Ullman & Associates, PLLC, will look out for your best interests. Whether you are filing around Valentine’s Day due to an adulterous spouse or a financial collapse within your marriage, or if you’re filing at some other time, we are here for you. Our experienced divorce lawyers will help you understand everything you need to know, and will work hard to make sure your interests are protected when it comes to issues like asset division and child custody.

We understand that few things in life are more emotional than getting a divorce. For compassionate legal services that you can count on, contact us today.