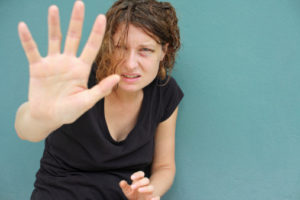 Over the past few years, several of the country’s most prestigious colleges and universities – including the University of North Carolina at Chapel Hill – have been criticized for their handling of sexual assault cases. It’s a problem that appears to be growing in America’s institutions of higher education, or at least victims are being brave enough to report it in greater numbers. Thankfully, the federal government has responded by investigating allegations more thoroughly than ever before – and now, the White House has announced its recommendations to fight sexual assaults on college campuses.

According to the Huffington Post, the U.S. Department of Education’s Office for Civil Rights currently has 54 investigations pending in schools related to reports of sexual assaults on campus. It has also received 37 complaints about how colleges are dealing with reports of sexual crimes during the first half of fiscal year 2014, up from 30 during the entire previous year.

In response to the growing number of complaints, the Obama administration assigned a task force to examine how widespread the problem of campus sexual assaults is and what should be done to prevent them. Part of the task force’s mission was to identify problems with how campus administrators currently handle allegations and how to improve enforcement efforts.

How to File a Sexual Assault Complaint Against a School

Aiming to end the culture of silence surrounding sexual assaults, the White House launched a new website, NotAlone.gov, to provide information about federal sexual assault laws and resources for college students about what to do if they’ve been assaulted.

The site also provides information about how a student can file a complaint against a school – something that until recently, many victims had to figure out for themselves. It also provides a map of rape crisis centers and other organizations committed to sexual assault prevention and assistance for victims.

To improve transparency, the Office of Civil Rights also has included data on which schools have been investigated and what types of resolutions have been reached.

In addition to NotAlone.gov, the White House has a website called 1 is 2 Many that is dedicated to providing information about sexual assault and dating violence to all victims, not just those on college campuses. In the last year, 1 in 10 teenagers reported being victims of violence on the part of a boyfriend or girlfriend, according to the website.

Schools Need To Find Out the Scope of the Problem

The task force also recommended that schools conduct surveys to understand student attitudes about sex and the sexual climate on campuses across the country.

It also seeks to explore ways to make such surveys mandatory by 2016, something that could guide school administrators in developing appropriate prevention efforts and effective enforcement of sexual assault policies.

Another positive step by the White House is the development of specific guidance for schools on how to craft better sexual misconduct rules and best practices for adjudicating them. One continued recommendation is that schools use a preponderance-of-the-evidence standard to resolve cases. In other words, is it more likely than not that a sexual assault occurred given the circumstances?

That has been a controversial point in recent years because individual rights groups have argued the preponderance standard is unfair to the accused because it is lower than the “clear and convincing” standard that some institutions were using. However, the Office of Civil Rights maintains that the preponderance standard complies with Title IX, which prohibits gender discrimination in schools that receive federal funds.

The administration has also committed to providing ongoing guidance for schools on training staff on how to respond to sexual assault reports and the treatment of victims, both medically and legally.

Statistics from 2007 suggest that 1 in 5 women are victims of sexual assault while in college. It doesn’t matter who you are – lawyer, campus official, government leader, student, friend, family member or bystander – we all have a duty to prevent sexual violence. The attorneys at Charles R. Ullman & Associates applaud the government’s current actions to address how universities manage sexual assault complaints and will continue to watch for future developments.