Skip Navigation
Home Blog Children Can Bounce Back after Divorce

Children Can Bounce Back after Divorce 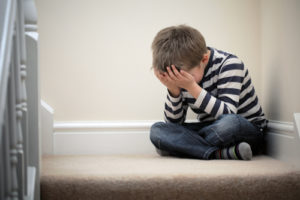 A parent’s primary concern going into a divorce is usually the kids. How will the divorce impact the children emotionally, physically and financially? Is getting a divorce going to wreak permanent psychological havoc on their impressionable and developing minds? What will the long-term damage be?

Perhaps those questions sound melodramatic and alarmist to you. But divorce and separation attorneys hear them all the time.

It’s not hard to understand why. Divorce is a popular research topic among child development experts, psychologists and sociologists. Numerous studies have found that children of divorced parents have a greater risk of alcohol abuse, drug addiction, depression, behavioral problems – and even stroke later in life.

But now, parents may able to breathe a sigh of relief. A new article in Scientific American reports that researchers have found that only a small percentage of children suffer from serious problems in the aftermath of the split.

To be sure, divorce is traumatic. The rapid division of a two-parent household is disruptive to all aspects of a child’s life. However, a University of Virginia study cited in the article found that while most kids experience negative emotions such as anxiety and anger after a divorce, the majority of those symptoms dissipate by the end of the first or second year.

Similarly, a long-term comparison between children from divorced families and those from intact ones found only small differences between the two groups when it came to academic achievement, delinquency, social relationships and self-concept. That suggests that most children actually survive a divorce quite well.

A key factor in how well children adjust to a life post-divorce appears to be whether they lived with parents who were often in conflict, according to the article. Kids from high-conflict homes often have a harder time picking up the pieces, but even that isn’t always so. Studies have also shown that children from “high-discord” households were better able to handle news of a divorce, simply because they weren’t shocked to hear it.

Indeed, kids are resilient creatures. They will get used to new child custody and visitation schedules, perhaps even quicker than you will. But it’s your and your spouse’s job to make the divorce as smooth as possible for them.

Here are some tips: