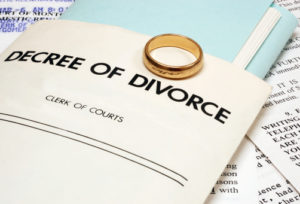 A legal debate over whether court documents in NASCAR CEO Brian France’s divorce should be made public ended last week when officials unsealed more than 3,000 records, the Washington Post reports. The documents revealed that Brian and Megan France, who ended their second marriage in 2008, argued over money and how much time was spent with their children. Megan France, of Charlotte, also alleged that her husband was verbally abusive when he was angry. The 2008 divorce settlement provided Megan France with $9 million, $32,000 per month in alimony for 10 years and $10,000 a month in child support. Other claims in the documents show that the divorce remained acrimonious long after the split was official, including allegations that Brian France withheld money from his ex-wife and that Megan France violated the terms of their confidentiality statement by making disparaging remarks about him. The law office of Charles Ullman & Associates did not represent either Brian France or Megan France during any aspect of their divorce proceedings.

In an ideal world, a divorce should provide a resolution that leads former spouses to rebuild their lives and regain a sense of equilibrium. Look for a divorce attorney with a similar outlook. Even if the divorce is extremely contentious and the stakes are high, a lawyer can be a zealous advocate for his or her client in court and still operate from a perspective of compassion. That said, there are no guarantees that the bitterness between former spouses will ever subside in particularly hostile divorces. If you are unhappy with any aspect of the proceedings, be sure to tell your lawyer as soon as possible so that those issues can be rectified, if possible. Your money will be better spent on visits to a therapist or other professional to focus on regaining your emotional health. Divorce support groups may help you benefit from meeting people who have been through similar experiences. As a final note, remember that aspects of your divorce are part of the public domain. As the case of Brian and Megan France shows, it is very difficult for court records to remain confidential because of North Carolina’s emphasis on transparency in the courts. You should always speak candidly with your attorney about your divorce, but be prepared that some painful and embarrassing information potentially may become public. Your attorney can discuss the possible long-term benefits of revealing that information in court when it comes to your divorce settlement. If you are in the process of hiring a divorce attorney and have questions please do not hesitate to contact the Raleigh and Cary divorce lawyer of Charles Ullman & Associates. We can be reached toll-free or by filling out our online form.