How Does The New Bill Affect Domestic Violence Victims? 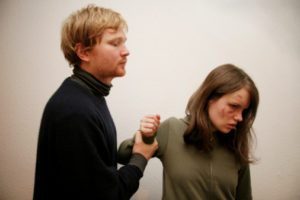 Many state legislatures, including North Carolina’s, are considering bills that would make it more difficult for couples to get a divorce. But in Maine, one lawmaker is trying to relax the rules for victims of domestic violence who are trying to escape their abusers.

State Sen. Colleen Lachowicz has introduced two bills on the issue. One would eliminate the six-month residency requirement for people who want to get divorced in Maine. The other would waive the $120 court filing fee for low-income victims of domestic abuse.

According to the Bangor Daily News, Lachowicz testified that many domestic violence victims flee their home states when escaping from their spouses. She said loosening the residency restriction would provide them with more protection as they try to break free.

North Carolina currently has a one-year residency period before a person can seek a divorce, which is longer than many neighboring states. The only other requirement is that a couple must have lived “separate and apart” for at least one year before filing for divorce.

North Carolina legislators are currently considering Senate Bill 518, or the Healthy Marriage Act, which would not touch the residency requirement but would extend the waiting period to two years. It also would require a person to give written notice of their intent to divorce to their spouse. There are no special provisions for victims of domestic violence in the bill.

The concern with relaxing divorce laws is that it will turn states into divorce mills where someone could flee for a speedy divorce rather than deal with a more extended legal process. That could ultimately create more legal problems if there are appeals or jurisdictional disputes.

However, the statistics about North Carolina homicides related to domestic violence are staggering. According to the North Carolina Coalition Against Domestic Violence, there were 73 domestic violence homicides in the state in 2011. Fifteen of the victims were children. Furthermore, the state Department of Corrections reports that 23 percent of the alleged perpetrators had been charged with previous violence-related crimes, including sexual assault and violence against a female.

If you are a victim of domestic violence, it is essential to seek help immediately. You should also consider speaking with a North Carolina family law attorney who can help you if you want to file for divorce or obtain a restraining order.

The Raleigh divorce and separation law firm Charles R. Ullman & Associates has assembled resources to help you learn more about the divorce process in North Carolina.