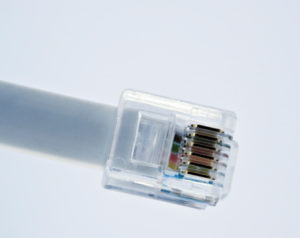 You see it in the movies all the time. Husband thinks wife is cheating; he hires a private investigator to follow her around to catch her in the act. But today, couples don’t necessarily need a personal Sherlock Holmes to discover their spouse’s indiscretions. Vast amounts of incriminating data may be found electronically, especially on the most common devices that people use today – telephones and cell phones.

The temptation to find proof is even greater for suspicious spouses, because it is so easy to find recording devices today. A quick trip to Radio Shack can hook you up with a cheap device to record phone calls, and you need only go online for tips on how to discreetly eavesdrop on conversations.

But is it legal to wiretap your spouse’s phone calls? Under North Carolina law, it’s OK to record phone calls as long as one of the parties to the conversation knows that they are being recorded. That means you can record your own phone calls even if the other person is unaware. However, if you’re secretly trying to record a conversation between your spouse and his or her lover, that would be against the law unless one of them knew you were doing so – an unlikely scenario indeed.

You should know that wiretapping, while it may be legal in certain situations, also carries risks and could subject you to criminal and civil charges. For example, in 2009 a Nebraska man sued his ex-wife in federal court for privacy violations after she or a third party allegedly bugged their child’s teddy bear to record him during their ongoing custody dispute, ABC News reported. A judge later ordered the woman and her father to pay a total of $120,000 to six people who had their conversations illegally recorded.

Recorded proof of adultery may be useful in divorce proceedings, particularly as it pertains to matters such as alimony, equitable distribution and child custody. Evidence of wrongdoing may also give the jilted spouse an upper hand while negotiating a settlement. In the case of domestic violence, a recording of an abusive spouse threatening the other may help explain the extent of the problem to the court.

One exception to the one-party consent rule involves recordings between your spouse and your children. If you can show that you taped conversations between them out of concern for your children’s welfare, they may be admissible in court during family law proceedings.

If you have already recorded your spouse’s calls or obtained electronic information from his or her smartphone or e-mail, it is important to inform your divorce attorney immediately. Furthermore, you should follow your lawyer’s advice about what to do with that information. If your attorney advises you not to do it, stop now.