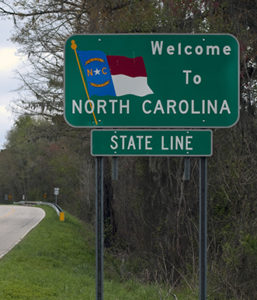 The long arm of the law is now able to reach across state boundaries to enforce support orders through garnishment of wages or having the recalcitrant parent’s drivers or professional licenses revoked, thanks to the Uniform Interstate Family Support Act (UIFSA).

Following the lead of 25 other states, the North Carolina General Assembly enacted legislation adopting UIFSA as Chapter 52C of the General Statutes, effective January 1, 1996. UIFSA replaces The Uniform Reciprocal Enforcement of Support Act (URESA), enacted in the 1950s. Though it represented the first comprehensive attempt to deal with the problem of interstate support enforcement, over the years it was found to be ineffective, cumbersome and time-consuming. In 1989 alone, interstate child support cases made up approximately 30 percent of all child support cases in the United States, and an estimated 2.5 million non-custodial parents, mostly fathers, were nonresidents of the states in which their children lived. At the time, children were almost twice as likely not to receive support from non-custodial parents in interstate situations, as in cases where the non-custodial parent and children live in the same state. In addition, parents in interstate child support cases paid, on average, only 60 percent of the child support that they have been ordered to pay.

With UIFSA came sweeping changes in child support enforcement laws, making it much easier for a spouse dependent upon child support to enforce support orders by creating real-life consequences for dead-beat dads and moms. In some respects, UIFSA is quite similar to URESA. For example, UIFSA also retains much of the terminology used by URESA, including the terms “initiating” and “responding state.”

However, the two acts differ in important ways:

In North Carolina, courts can exercise personal jurisdiction over non-residents pursuant to UIFSA if any of the following applies: