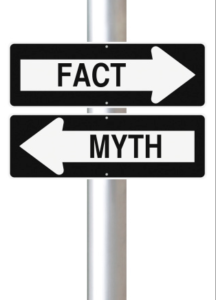 Although the crimes of domestic violence and rape have been studied for years, they are still very much misunderstood in today’s society. The following common myths show that many people have incorrect perceptions of why these crimes are committed and how they affect society as a whole:

Myth: Most people who commit violence are under the effects of alcohol or drugs.

Fact: Although many abusive partners also abuse alcohol and/or drugs, this is not the underlying cause of the battering. Many batterers use alcohol/drugs as an excuse to explain their violence.

Fact: Violent behavior is a choice. Perpetrators use it to control their victims. Domestic violence is about batterers using their control, not losing their control. Their actions are very deliberate.

Fact: The majority of victims do not have mental disorders, but may suffer from the psychological effects of domestic violence, such as post traumatic stress disorder or depression. In fact, there is little evidence that low self-esteem is a factor for initially becoming involved in an abusive relationship.

Fact: Studies have shown that 98% of women who have reported sexual assaults were truthful.

Fact: Rapists generally do not select their victims by their appearance. They select victims who are vulnerable and accessible; sexual attractiveness is not an issue.

Fact: Men, both heterosexual and homosexual, make up 10 – 15% of sexual assaults reported in the United States.

Fact: Domestic violence occurs among all types of families – regardless of income, education or ethnicity.

Myth: Abusers are violent in all their relationships.

Fact: An abuser’s violence is about control of a person. Abusers choose to be violent to their partner and hurt them in ways they would never hurt someone else.

Myth: Rape is caused by uncontrollable sexual urges and a need for sexual gratification.

Fact: Rape is not motivated by sexual gratification; it is an act of physical violence and domination.

Fact: Approximately 84% of women knew the rapist beforehand. In fact, 57 percent of reported sexual-assaults occurred while on a date.

Fact: One in four college women have either been raped or suffered attempted rape.

Understanding myths versus facts is an important step in addressing domestic violence and rape crimes through awareness, making others more aware of the types of behaviors associated with them and helping victims to heal.