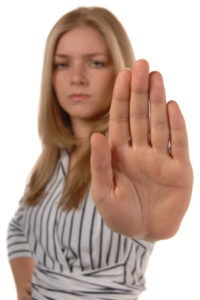 Domestic violence happens everywhere. Unfortunately, North Carolina’s colleges and universities are no exception. Sexual assault, domestic violence and stalking are significant issues facing women, and some men, today – and college students are particularly at risk. According to the Bureau of Justice Statistics, one in five women will be the victim of attempted or completed sexual assault during her college years.

Although most collegiate settings provide students with a certain degree of protection from violence (well-lit areas, campus police stations and emergency campus phones), it can still occur in dorm rooms, class rooms and in common campus buildings such as cafeterias, parking lots and on and off-campus hangouts. In fact, social gatherings and parties can be potentially dangerous as violence perpetrated by acquaintances is common.

In threatening situations, a student may need to pursue a legal order of protection from domestic violence. Though many refer to this as a “restraining order,” in North Carolina, it is a Domestic Violence Protective Order.

College students are especially vulnerable to abuse relationships as they often feel isolated from the support systems they had at home. This is especially true for freshmen and those who have newly transferred from another school.

Students often don’t know what to do because they:

Although social networking sites such as Facebook, Tumblr and Skype may provide a way to keep in touch with distant family and friends, the truth is that these sites often provide easy access for perpetrators to control their victims.

Students at North Carolina colleges and universities who are victims of domestic violence have these resources for help: