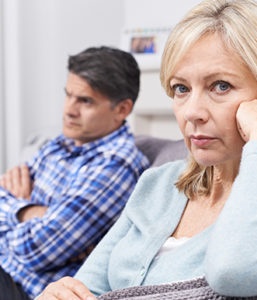 Physical or sexual violence may be the first thing you think of when you hear the term “domestic abuse.” While those certainly are tragically common forms of domestic abuse, they are not the only actions that an abuser may inflict on a victim.

Domestic abuse is often broken into five categories. These types of abuse are described below. If you have suffered any of these forms of abuse, you may be one of the many victims of domestic abuse. Call a Raleigh domestic violence lawyer at Charles R. Ullman & Associates for more information on how we might be able to assist you.

This form of abuse includes any form of physical contact that is intended to cause physical injury – even a very minor injury. Examples of physical abuse include slapping, punching, kicking, shoving, biting, burning, stabbing, choking, hair-pulling, hitting, pinching, grabbing, shaking, shooting, forced drug or alcohol consumption, restraining or assault with a weapon.

This type of abuse consists of any ongoing actions meant to instill fear, control or intimidation. Psychological abuse may take the form of controlling when the victim can leave the house and who the victim can see, requiring “permission” to talk to others, blackmail, threatening harm to self or others, destruction of the victim’s property, abuse of the victim’s pets, threatening to harm the children or take them away, “mind games,” stalking, forced accompaniment, frequently checking up on the victim, taking the car keys, taking away access to a phone, and similar actions.

Efforts to destroy a victim’s self-worth may be considered emotional abuse. This may include, for example, constant insults, frequent humiliation, repeated criticism, belittling, name-calling, inducing guilt, giving the “silent treatment,” making and breaking promises, damaging the victim’s relationship with the children, treating the victim like a servant and mocking.

Also called “economic abuse,” this category generally deals with abusive handling of money issues. For example, preventing the victim from getting an education or working outside the home, forcing the victim to work, controlling the couple’s bank accounts, withholding money, controlling spending or requiring justification for purchases, on-the-job harassment, withholding information about the couple’s debt and forced welfare fraud.