What Is Domestic Violence? 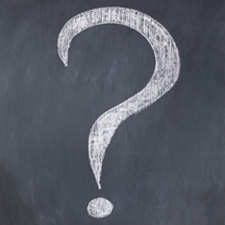 North Carolina General Statute Sec. 50B-1 defines “domestic violence” as:
[T]he commission of one or more of the following acts upon an aggrieved party or upon a minor child residing with or in the custody of the aggrieved party by a person with whom the aggrieved party has or has had a personal relationship, but does not include acts of self defense:

What that translates to in “real” terms is a pattern of coercive violent behavior used by one person to gain power and control over another. Domestic violence can occur between heterosexual or homosexual partners who are married, living together, divorced or separated and can affect children, family members, friends and so many others.

For information on the characteristics of abusive behavior, see our Signs of Domestic Violence page.

The Cycle of Domestic Violence

Domestic violence is generally thought of as cyclical; it is not just a one-time behavior. Many abusive relationships follow a cycle of violence that has has three (or four) phases: tension building, explosive, honeymoon and calm. Early signs of violence may seem that harmful in the beginning, but can grow in intensity as the cycle of violence continues – resulting in increasingly severe injuries or death. The length of each phase can vary from days to years and the cycle can repeat itself over and over again until the conflict is addressed and resolved.

It’s easy to simply become “accustomed” to being in this cycle of abuse. In fact, some say that it often begins to feel ordinary and familiar. However, if you recognize this behavior or it has become part of your life, know that you can break the cycle. Help is available.